Hestia on Ubuntu 20.04 LTS reboot server and not work

No, I updated directly from 1.4.11, or even from the younger ones. I had a ban on updates, I foolishly turned it on all panels and got non-working servers now.

I know there where some issue in 1.4.0 till 1.4.2 when multiple ethernet ports are present but if it started form 1.4.11 it should not be the issue…

I running multilple servers my self and this is so far the first issue is see with over 5k 20.04 installs…

I don’t know much about Ubuntu, and the panel was convenient because it automatically installed and worked without any problems. And now all the panels that were installed at different times and different versions, stopped working after updating to 1.4.13.
I do not know how and where to configure, and what to configure.

Even the hosting support could not quickly figure out what the problem is and why the servers do not work. They said only that the problems with IP settings and need to deal with it (and these problems occurred by themselves, without human involvement, the panel itself so screwed up the settings of the servers).

If I can get access to the server some how I am willing have a look to see if I am can fix the issue.

Of course - where do you want me to send you access?

There is a problem, managed to establish that it is the problem of the panel after updating to 1.4.13.

On Ubuntu 20.04 IPs start dropping out and network connections are failing, no settings help in this, the panel is killing the servers.

After rebooting the servers work for a while with major problems and then crash again.

Developers, please fix this problem (or at least roll back the version to 1.4.11, there everything worked).

Developers, please fix this problem (or at least roll back the version to 1.4.11, there everything worked).

We are already working on it and analyzing your server.

Yes, the problem is in the panel 1.4.13, already managed to make sure of this 100%.
IP and network settings kick out, and the server with Hestia does not respond from the network.

Did it occure directly after the upgrade or later? What’s your OS?

Ubuntu 20.04 (x86_64) - Immediately after the first reboot. Fortunately, those hosting support where I rent vds helped to solve the problem in 3 working hours. Well, as I see now it shows in the hestia v1.0 panel, apparently the panel was rolled back or something else was done, well, now everything is ok.

Which was your provider? Can you check the exact hestia version? Could you ask them how they resolved the issue?

Seems like, yes. Probaly this will produce more issues. We currently checking what exactly happened. Could you share the provider name? 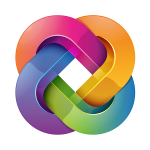 later I will sign what was done from them

I just merged both threads, we’ve probaly located the issue and working on a fix.

I think there will be another quest to update from v1.0 to the fixed one that you hope to do), describe how this can be done?

You can do it later using apt update && apt upgrade, but set that on hold until we fixed the issue.