I am trying to make a guide and maybe later if time allows might do a batch script to install (will be learning curve). Along the time I’ve been always enthusiastic with DIY/privately managed servers. Tried CENTOS, UBUNTU and finally I think Debian sound just fitting and working without much hassle. I also have to give big thanks to Hestiacp team as they are doing a great job bringing myself “back to life”

The above is to improve as I sure other configuration could be done better. It is small guide which I find useful. And I would like to see your thought and suggestions to improve it

Clean VPN this is very fresh for me so I was looking how to avoid my provider to keep adding their hosts to my hosts file. After some research somehow I managed

Becare full as “cloud-init” could contain information for remote storage files and many more… Just keep them. Often you select a key with them so you don’t have to upload it manually

When clean server / vps has been deleverid

And you are done

For testing purposes I skip 2,3,4 often but that’s a different cup of tea…

thanks for your advise on this.

Becare full as “cloud-init” could contain information for remote storage files and many more… Just keep them. Often you select a key with them so you don’t have to upload it manually

Every time a restarted my VPN I kept seeing added my provider Hosts details added which I though is not nice :s .I take it is not an issue to keep getting my providers details as long i can add my detais?
On your view do you have a suggestion hosts setups? Is just simple as adding my details as I did?

Which user are you referring? The root or the new user suggested to create?

Is there any other advise or steps I m missing you could advise in adding? In order to have this server properly installed?

New created user. Because I give it sudo permission any access breach to ssh / exec could be used for hacking your server

Do I really need the SUDO user ? If my aim is just install hestiacp and leave it running? If to install other packages I can alway use the root user and thats it?

nah, i usualy use only the root user to install and run hestia, but use ssh key login to prevent brute force, even if they are behind a firewaöö which blocks untrusted subnets.

I use my domain with a seperated zone and call my servers web001.web.domain.tld, web002… and so on.

Most common hack attacks are with guessing common user names including root. Why not disable root and use a different not so common username…

Because it’s just a PITA to work with when you forget sudo and have to use command sudo !! and hope the !! transfers correctly.

I tried to configure a “root” user more than once. It was horrible… never did what I wanted it to do.

I have ssh set to key only and don’t even have port 22 open… just have allow all from my static IP using iptables.

I would like to suggest creating a HestiaCP Community Wiki at Github, like e.g. the LTSP Project does: 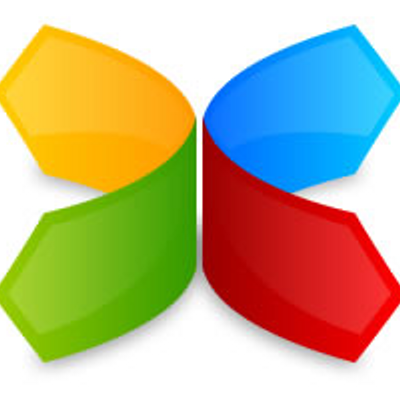 LTSP community discussions and wiki. Contribute to ltsp/community development by creating an account on GitHub.

There already exists our github doc project, you can provide any pull request - we’ll check and merge them: https://github.com/hestiacp/hestiacp-docs

Regarding adding SWAP file (point 6) - I would suggest not to create one, rather opt for more RAM. It will really pay off.

Some recommendations from DigitalOcean:

image1136×390 44.7 KB
You basically don’t need to use SWAP on VPS. SWAP may be good option when running memory intensive apps, using hibernation or having HDD.

You can basically guess whether cloud provider is good in its field or not by checking for SWAP partition/file. If it is created by default and the disk is HDD, then it’s often times a bad sign or the provider just doesn’t care about using resources effectively.

@martineliascz thank you for this advise, what about NVMe?
(will amend VPN to VPS :p)

nvme is also ssd, so probaly it will fit the same.

You can basically guess whether cloud provider is good in its field or not by checking for SWAP partition/file. If it is created by default and the disk is HDD, then it’s often times a bad sign or the provider just doesn’t care about using resources effectively.

sorry, but I have to heavily disagree with that advice

in opposite: disabling swap shows a big misunderstanding on what swap is for and why it should always be enabled. even if you have you sufficient RAM and also still while running on HDD.

true thing, SWAP is no replacement for RAM nor some kind of simple extension. however, SWAP allows the system and memory manager to get rid of old memory pages that are highly unlikely to be used again and with that frees up ressources that can then be used again.
in the easiest example that freed up memory can be used as filecache instead of being blocked for nothing and therefore help speeding up the system.

I do agree that if you don’t have enough RAM for your intended use case, SWAP won’t help you or instead of having you run into OOM errors might slow your system down by eating up IO. but again that’s no reason to turn off swap at all - rather use settings like swappiness to tune the behaviour or get more RAM but still let the system manage the memory.

all that said: trying to judge a provider based on misunderstanding the concept of swap is a very bad idea - at least in my humble opinion

@falzo - thanks much for another view on the topic.

However, please let me do put emphasis on the most crucial point:

You basically don’t need to use SWAP on VPS.

Proper configuration of services is required though. Otherwise you risk OOM as you pointed out. However it’s better IMHO to see OOM in action & act accordingly - either opt for more RAM or fix issues connected therewith.

With perfectly configured services & huge amount of RAM, there is no huge need for SWAP when running on VPS. Do you disagree with this statement?

Swap really should always be made available, for full memory management purposes. You can turn down swappiness to its’ minimum setting, especially important for SSD/NVMe. I have to wince at those amateurs who create swap files greater than 2GB though. :-o

Just done my first Hestia install ever and jumped straight to Debian 10. I never understand the fascination with Ubuntu as a server OS - Debian/CentOS for goodness’ sake! (From a UNIX purist perspective).

Received two errors about SSL though - should’ve copied them down - I’ll see if it is logged someplace.
Is Hestia supposed to install a LE certificate for the host automatically, or stick with the self-certified one? When I asked for an LE for the admin web site (the same FQDN), it installed, with no problem.

BTW, it’s excellent that the default admin account attaches to the hostname - not all control panels have the foresight to do this. Well done!

Ubuntu LTS Server Editon (every other release) is stable as you need for a server OS I suggest to stay clear from the all 18.10/19.10 and your are fine

Had till a few years ago (When I left the company a running still using Ubuntu 10.04 and still worked like a charm.)

@eris You missed my point: why Ubuntu at all? It’s based/forked from debian anyway - so stick to the “grass roots” version. Linux Mint on a desktop/laptop however is much more meaningful. Last time I installed a Windoze Server (you know, another desktop OS that has been shoehorned into server duties) was 20 years ago!

Back on topic:
Is there not a HestiaCP install log?